Christine on the Main Stage talking Rider Education. Come see us at the 2013 Progressive International Motorcycle Show in New York City this December 13-15th. Christine Firehock will be on the main stage sharing some amazing stories. Make sure you come check it out. You’ll learn how rider education can save your life and the lives of those you love. Continuing to learn is one of the most important things you can do to make you grow as a rider. While you are there, check out the latest Ducati Monster 1200. See you at the show!

Spotlight on Christine Firehock: Women in Motorcycling Interview Series. As an ongoing feature, MAD Maps and the Women’s Coalition of Motorcyclists will be celebrating the women who have made an impact on the motorcycle industry, from pioneers to newbies, industry players to racers. Read their Spotlight on Christine Firehock —a story as interesting as it is touching—the perfect Mother’s Day tribute.

Christine and Ducati at the Circuit of Americas. Christine Firehock was at the Circuit of the Americas Moto GP races in Austin, Texas to help out Ducati with the launch of their new Monster. Several reporters got the chance to do a test drive. For most, it was the first time on a motorcycle and Christine was there to get them rolling. It was a busy couple of days for Christine.

Iron 883 vs Lee Parks Total Control Advanced Riding Clinic. Like many riders who have day jobs, every Monday the Dark Custom editors and I start counting the hours until the weekend, when we can hit the road for some extended riding. We’re checking blogs for cool rides, charting courses on Google maps and talking with friends about swap meets, parties, concerts, BBQs … basically any excuse to get out on the bike. It was in one of these obsessive frenzies that I remembered hearing about Lee Parks Total Control Advanced Riding Clinic in upstate New York. We checked out their local site, Christine’s KickSTART, and were curious about how their proposed “high performance street riding techniques” would translate to a cruiser. At the very least, I figured it’d be pretty fun to find out. So I hopped on a new Sportster Iron 883 and began my quest to drag some knee. Read More

A Crash Course on Ducati. CNNMoney’s Peter Valdes-Dapena undertakes a hard-earned lesson on the Italian superbike, the Ducati Monster. Christine Firehock shows him the ropes.

Forbes :  A Girl’s Guide to Riding Ducati’s ‘Monster’ by Hannah Elliot. There are a few things to know about Christine Firehock before you let her teach you how to ride a motorcycle: Read More

Christine at Putnam CAP’s 5th Annual Motorcycle Run. Christine will be offering an advanced riding presentation and demo on the ten steps to proper cornering at the 5th Annual Motorcycle Run for H.O.P.E fundraising event taking place on Sunday, July 26th, 2009. The event will take place at the Route 312 shopping center near the old Linens N Things store in Brewster. Registration takes place from 9:30 – 11:00 am. Because it is an escorted ride, the bikers will be leaving promptly at 11:00 am to go out on the ride. Please support this very worthwhile event. Check the CAP website for more information. 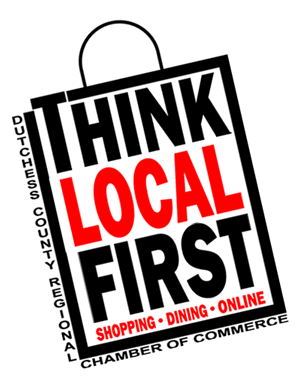